Published in one of the most prestigious medical journals globally, this is the first research that measures more than ten million people vaccinated under natural conditions. It has been estimated that the vaccine manufactured by the Chinese consortium Sinovac effectively prevents coronavirus infections, especially for severe and fatal cases. 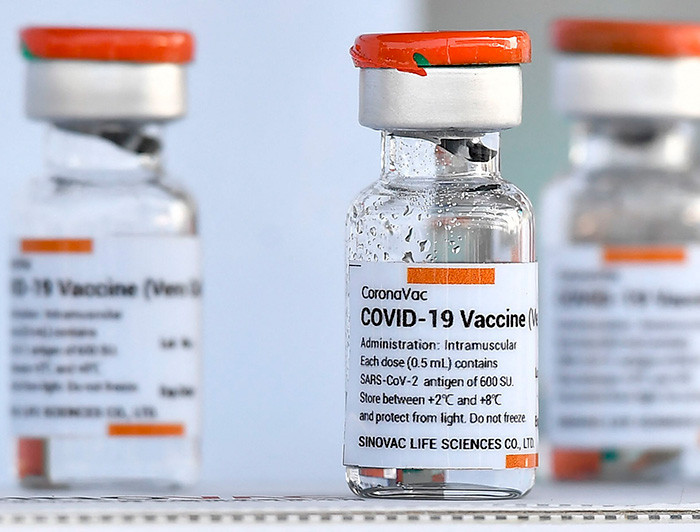 The study used data from approximately 10,200,000 people in Chile, over 16 years of age, affiliated to Fonasa, vaccinated between February 2 and May 1, 2021. This data makes it the first study in Chile to analyze such a large cohort and in such depth. (Photo by: La Tercera)

There are currently 29 nations that use the CoronaVac vaccine, produced by the Chinese laboratory Sinovac Biotech. Our country is one of them. Chile is one of the countries with the highest percentage of the inoculated population globally, and Sinovac represents 74.96% of the total doses administered. It is followed by the vaccines from Pfizer (21.35%), CanSino (2.04%), and AstraZeneca (1.64%).

However, there has been much debate as to how much it protects the population.

Hence the need for the study on the effectiveness of the CoronaVac vaccine in Chile. It is the first study globally and was published in the prestigious The New England Journal of Medicine

in its September 2 Issue.

The study arose as an initiative of the Chilean Ministry of Health, with the participation of the following principal investigators:

As explained by President Ignacio Sánchez:

“It is of significant importance that researchers from UC Chile and the Ministry of Health have published in the most prestigious medical journal in the world. It provides crucial scientific evidence. The Chilean experience with CoronaVac in several million people shows how serious cases, hospitalizations, and deaths have decreased thanks to the vaccine’s use. This study adds to other efforts being made by the University, such as a study with 2,300 volunteers to measure the vaccine’s efficacy and the fruitful collaboration between Chilean and Chinese researchers.”

According to the Research Vice President Pedro Bouchon: “This is significant scientific work. A tremendous contribution has involved collaboration between academia and the State. It has connected our researchers with the international scientific community of the highest level. The most important thing is that we are placing knowledge at the service of people, both nationally and globally.”

“Beyond the scientific merit of publishing in such a prestigious journal, this study ‘made in Chile’ was carried out by academics and government officials,” explained Alejandro Jara. He is the faculty member in charge of research methodology.